Introduction to the use of break and continue. Python break statements, like in C, break the least closed for or while loop.

If a nested loop is used, the break statement stops the deepest loop and starts the next line of code.

Python continue out of this loop after break is called

The continue statement is used to tell Python to skip the remaining statements of the current loop, and then proceed to the next cycle. 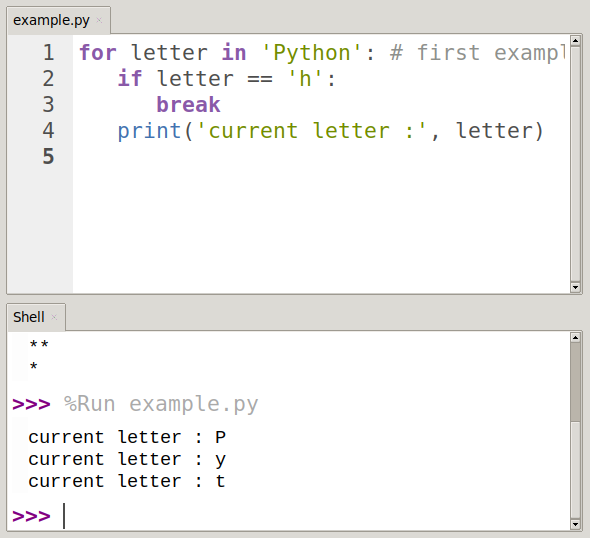 An example of break in a while loop:

You'll find the results after running.

Example of a "continue" statement.

The program below demonstrates the use of continue: 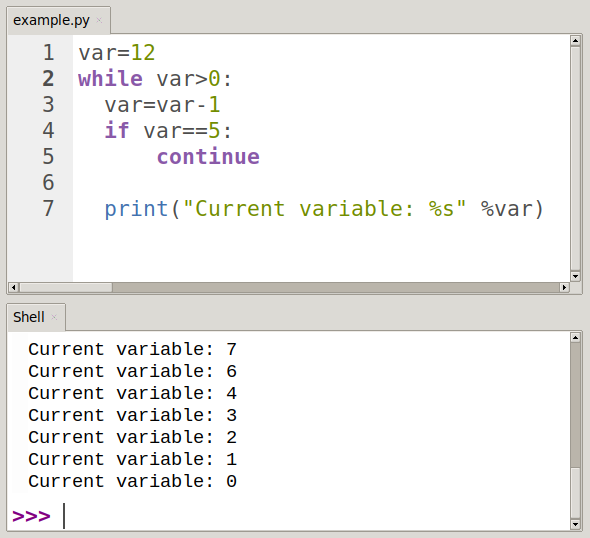 It's really important to be strictly indented in python (four spaces, not tabs).

The loops for and while both can use break and continue.

In C, C++ or Java you can do something like this:

But python is different:

Without brackets, but using spaces as indetion. The beginner can be very confused and will not know why he or she is seeing an error.

Today you learned the difference between break and continue statement.