Today I found a way to give a tuple a name in Python called namedtuple. A simple class can be built using collections.namedtuple.

The example below shows the creation of a named tuple. There are several ways to created namedtuples and to access their attributes. 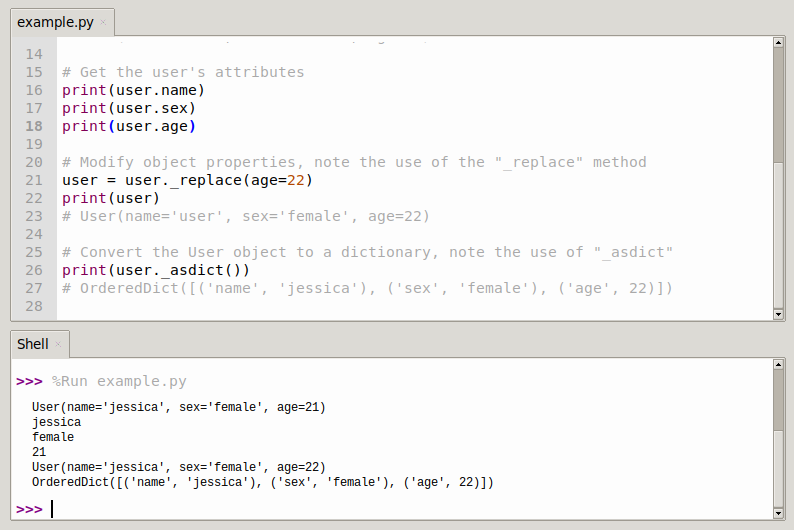 Python tuples should be very familiar to everyone. It can store a sequence of Python objects. Unlike list, you can't change the value of an element in a tuple. the elements of a tuple are accessed via an index:

Tuple also has a brother named named namedtuple, both of which are tuples, but more powerful. For namedtuple, you don't have to access it by indexing values anymore, you can think of it as a dictionary accessed by name, except that the values in it cannot be changed.

Namedtuple has better readability than regular tuples and can make the code easier to maintain. It is also lighter and more efficient than a dictionary.

One thing to note, however, is that the properties in the namedtuple are immutable. Any attempt to change its property values is not accepted.

Another very good thing about Namedtuple is that it is fully compatible with the tuple. That is, we can still use the index to access a namedtuple.